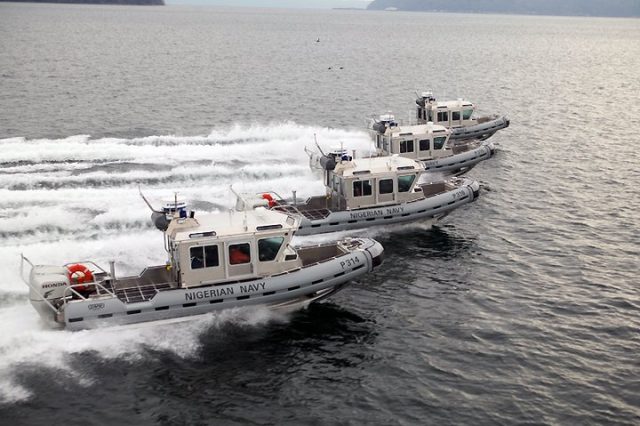 Bello Al-Hassan of the Flag Officer Commanding (FOC), Central Naval Command, performed the flag-off on Wednesday at the Warri Naval base.

According to Al-Hassan,  the operation was to consolidate on the successes of the “Operation Rivers Sweep” that was launched by the Command in January.

He said the 11 gunboats from the Nigerian Navy Ship (NNS) DELTA, have been deployed for the operation, adding that the exercise would be going on simultaneously in other Commands.

Shortly after the flag-off, the Navy proceeded to an illegal refinery camp covering about 30 hectares in Bennett Island in Warri South to destroy some illegal refineries.

“We have used Swamp boogies to destroy their equipment about two weeks ago and they came back again, we are going to sustain this operation and continue to use Swamp boogies because it is environmental friendly,” he said.

He said that the Command had identified about 200 illegal camps with a lot of illegal refineries, adding that the exercise would help to further rid the creeks of crude oil theft

Al-Hassan appealed to the perpetrators to indulge in legal businesses noting that their action was counter-productive to the economy and the ecosystem.