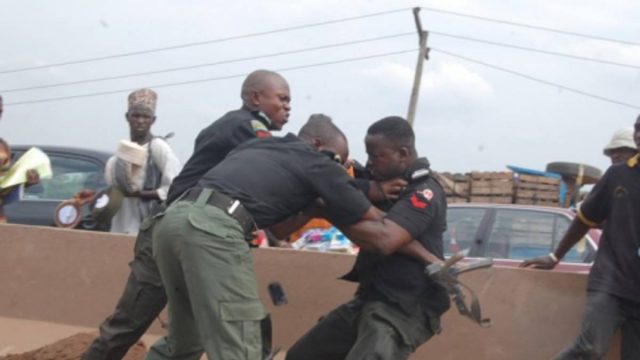 The Nigeria Police said they remain the best in the United Nations Peace Keeping Operations and Africa, contrary to a report credited to two foreign bodies which described them as the worst in the world.

The Nigeria Police rejected the report published by the International Police Science Association (IPSA) and the Institute for Economics and Peace.

A statement by the Police spokesperson, Jimoh Moshood claimed that the Nigeria police is one of the best in the world.

“The Nigeria Police Force after a careful study of the report and the news items emanating from it, wishes to state categorically that the report is entirely misleading, a clear misrepresentation of facts and figures and essentially unempirical, considering the area of coverage of the report which was said to have been carried out in 2016 by the above mentioned associations,” the statement said.

“The report did not take into cognisance the significant improvement in the areas of Capacity Building, Training and Re-training of the entire personnel of the Force as provided for by the current Federal Government of Nigeria which has greatly improved the efficiency and service delivery of the Force personnel in the country.

“Currently, the Nigeria Police Force is one of the only two African Delegates representing the whole of Africa continent on the Executive Committee of Interpol, a position the Force attained based on high performance, merit and sustained good track records.

“Nowhere in the report were references made to either the improved capacity or achievements recorded by the Nigeria Police Force across the country in the recent time. The Force therefore implores all Nigerians and international community to disregard the report as unfounded and misleading,” the statement added.