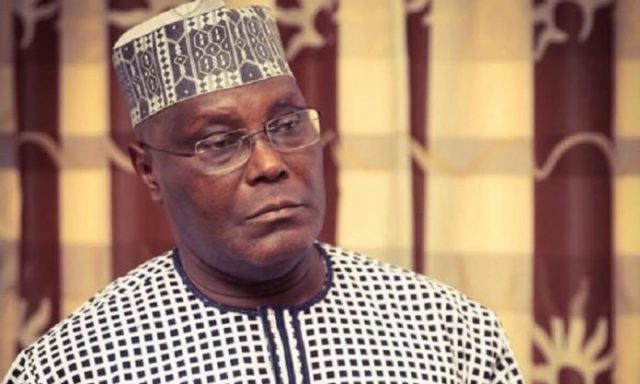 The presidency has dismissed as false and untrue the claim by former Vice President, Atiku Abubakar that “for about 15 years, (PresidentMuhammadu) Buhari could not enter America on account of religious considerations”.

Femi Adesina, the Special Adviser to the President on Media and Publicity, in a statement issued in Abuja on Saturday, described the claims as “fictive concoction’’.

According to the Presidential Aide, at no time was President Buhari, as a private person, ever forbidden from entering any country in the world.

“This fictive concoction being passed off as truth is mind boggling, coming from a former Number Two man of Nigeria, who should know the truth.

“At no time was President Buhari, as a private person, ever forbidden from entering any country in the world. Rather, the rest of the world has always held Muhammadu Buhari as a man of sterling qualities, strong on integrity, transparency and accountability.

“The same testimony is still borne of the Nigerian President by many world leaders today.

“Instead of answering directly, he begged the question, saying Buhari also had been disallowed from entering the same country for 15 years, before becoming President.”

The Presidential Media Aide maintained that what the former Vice President said only existed in the realm of his imagination.

“We hereby make it resoundingly clear that what the former Vice President said only exists in the realm of his imagination. If he has issues to settle with American Authorities, he should do so, rather than clutch at a straw.’’