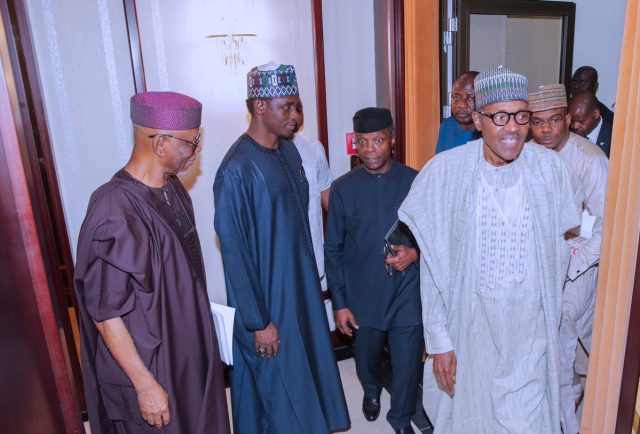 Special Adviser to the President on Media and Publicity, Femi Adesina, says President Muhammadu Buhari was not pressurised to sack former Secretary to Government of the Federation (SGF), Babachir Lawal, and other related issues.

Adesina who stated this in an interview with Channels Television, said the next step to be taken is for security agencies to follow-up on the development.

“The Presidency does not interfere in the works of the security agencies, they know what they should do at any given time. So, the onus is on them to do the next thing.”

Buhari not under pressure

The Presidential Aide added that people talking on the sideline that President Buhari was pressured to take a decision on Lawal, don’t know him.

“Anybody that knows this President will know that he’s a man that takes his time but when he makes up his mind, he makes it up real good. Who can pressure the President? There’s nobody that can pressure him.