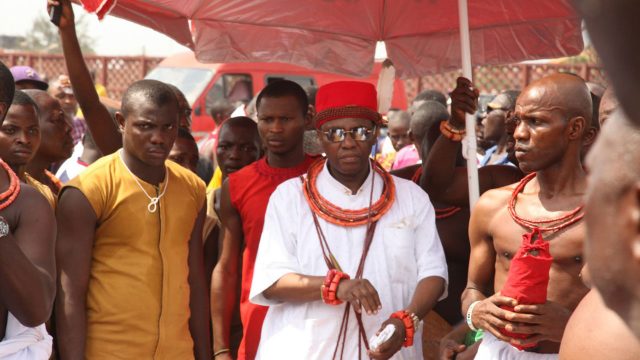 The Oba of Benin, Oba Ewuare II, has suspended the Odionwere (elder)of Egbirhe community, Napoleon  Omobude and three others over their alleged involvement in the assault of palace emissaries  who were sent to the community to demarcate the boundary between the community and Okhoromi.

According to a statement released by the Spokesperson of the Benin Monarch, Desmond Agbama, the suspension which was pronounced at Ogue-Emanton, takes immediate effect.

The suspended persons will no longer perform their duties as elders and leaders of the community until the suspension is lifted.

According to the statement, Odionwere and elders of Egbirhe also disobeyed the directive of the palace, which forbade them from having anything to do in the Elders Council Hall Oguedion, in the village.

“Consequently, the Omo N’Oba directed the next-in-command, Douglas Igbinidu, to assume the position of Odionwere with immediate effect, to be assisted by Jolly Owie, Godwin Enodumwenben Omorotionmwan and Solomon Owie,” he said.

“Igbinidu was advised to join hands with Palace Chiefs to ensure peaceful and lasting resolution of the boundary dispute between Egbirhe and Okhoromi.”