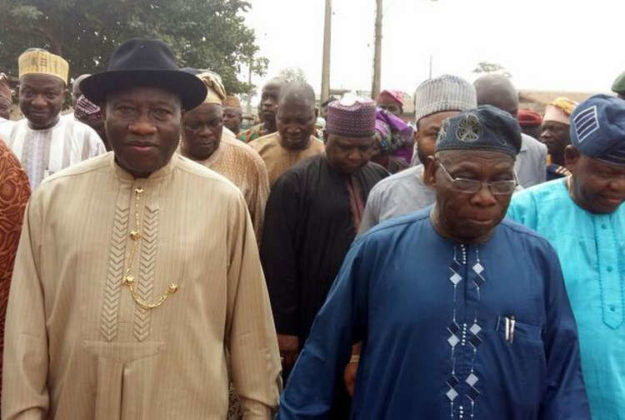 The Senate Committee on Police Affairs has claimed that Former Presidents, Olusegun Obasanjo and Goodluck Jonathan used the police against their perceived political rivals during their tenure.

The committee made this known after President Muhammadu Buhari ordered the immediate reinstatement of the Aide-de-Camp (ADC) of Governor Willie Obiano of Anambra state.

The governor’s security detail was withdrawn on Tuesday by the Inspector General of Police (IGP), Ibrahim Idris.

Idris said the security aides were withdrawn based on previous experiences whereby Military officials caught an ADC to “a governor” escorting a vehicle loaded with arms on election day.

The Chairman of the Senate Committee, Abu Ibrahim said in a report that it was “significant and exemplary” that President Buhari ordered the immediate reinstatement of the governor’s security detail even before the Senate resolution.

The Committee described what happened as “most unfortunate.”

“In those days of impunity, the directives (to use the Police to persecute political opponents) were directly linked to the Presidency and the then sitting Presidents never issued any instructions to counter the positions of the Police and security services,” the Committee’s Chairman said.

Chris Ngige as the then governor of Anambra State suffered abduction and when he regained freedom and attempted to castigate the powers that be at the federal level, his security details were withdrawn on January 2nd 2005.

“In April 2007, a few days to the election, ‘higher’ authorities ordered the withdrawal of the ADC and the CSO to Bola Tinubu. The APC leader was also threatened with arrest in the lead-up to the 2011 elections.

“In September 2013, then governor Rotimi Amaechi in his capacity as the chairman of the Nigerian Governors Forum, was harassed on several occasions with the threat of withdrawal of his security aides.

“While his were repeated threats, the President of this distinguished Senate, Bukola Saraki, was not that lucky. His aides were actually withdrawn in September 2013 as punishment for his support of the rebellion within the then ruling PDP.”