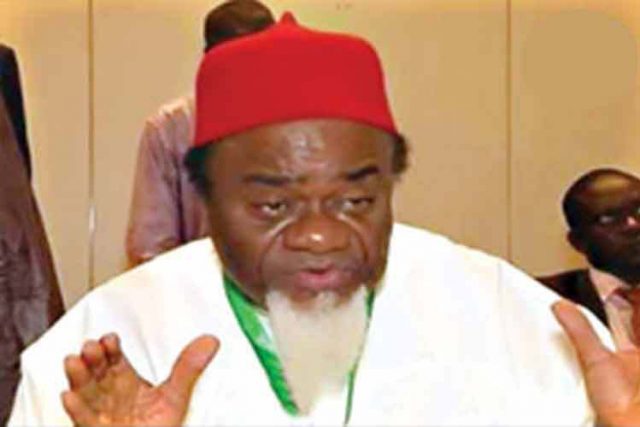 The Igbo socio-cultural group, Ohaneze has assured non-indigenes who were disengaged from the Abia civil service by the administration of former governor Theodore Orji in 2011, that they would get justice.
The President of Ohaneze in Abia, Justice Ajuzieogu, gave the assurance in Aba, while addressing a gathering of the disengaged workers.
Ajuzieogu said that he was addressing the matter, following a petition the disengaged workers wrote to the national body of Ohaneze on the issue. He said that the national body of Ohaneze, led by Chief Nnia Nwodo, was committed to restoring the dignity of the Igbo, pleading with the disengaged workers to be patient on the issue.
The leader assured the former workers that Ohaneze would fight their cause to its logical conclusion, advising them not to relent in their quest for justice.
The leader of the group, Mrs Fidelia Ihejirika, thanked the leadership of Ohaneze for their interest in the matter, saying that the matter had lingered for up to seven years. She said that the disengaged workers had suffered untold hardships since they were removed from work unceremoniously.