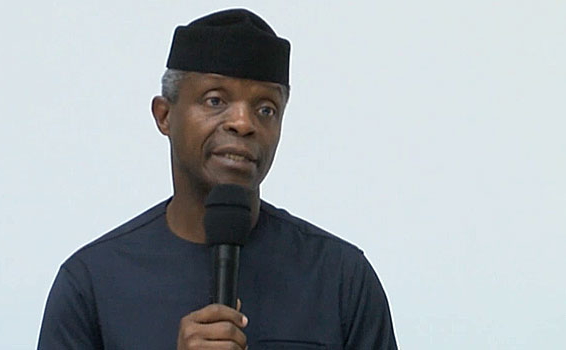 The Vice President, Yemi Osinbajo, on Friday attended the funeral service of late Oluwayemisi Adeloye, a pastor of the Redeemed Christian Church of God (RCCG).

The vice- president attended the funeral service, which was held at RCCG, Dominion Sanctuary, Ikeja, alongside his wife, Dolapo Osinbajo.

Aged 58, Adeloye’s ministerial work took her to several stations both in Nigeria and abroad.

She was the first programme coordinator of Women in Ministry of RCCG.

Achonwa said that the late pastor was an epitome of what a good wife should be.

In his tribute, Adeloye’s son, Joshua Adeloye, described his late mother as a tireless worker and God’s servant, who impacted immensely on her family and society in general.