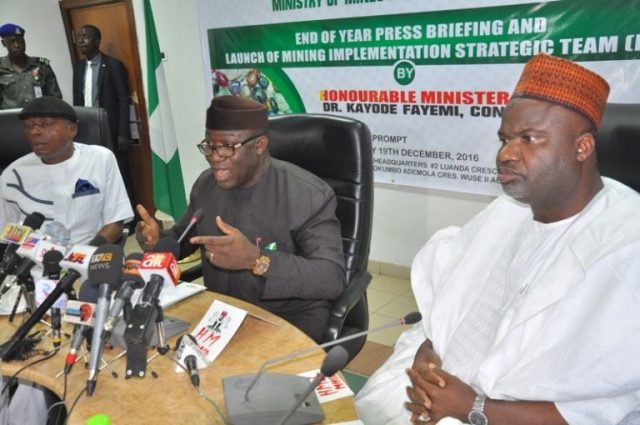 The Minister of Solid Minerals Development, Kayode Fayemi, has rejected the report of the  Judicial Commission of Inquiry set up by Ekiti State Government, and said that he would take his case to the Appeal Court.

Both Fayemi and the Commissioner for Finance snubbed the commission and made a futile effort in the court to shut it down.

In some of its other findings, the commission said that the former governor must account for the whereabouts of N2.75 billion allocated for the execution of the construction of an ultra-modern market in Ado Ekiti. The money was part of the N25 billion bond raised by the government .

Fayemi, in his reaction, on Wednesday night, said he would appeal the judgment.

On the purchase of vehicles, it said “claim by Coscharis Motors that it supplied 235 and/or 250 vehicles was fraudulent and fraught with so many contradictions.”

It faulted Coscharis Motors claim that it supplied seven vehicles at the Ibadan liaison office of Ekiti State, when the state does not have such an office. The vehicles, it said, were received by unidentified persons.