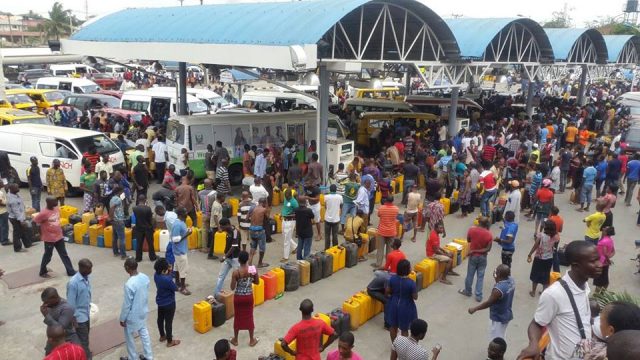 The Department of Petroleum Resources (DPR) on Thursday assured Nigerians that the lingering scarcity of petrol being experienced across the country will come to an end in the next few days.

Mordecai Ladan, the Director of DPR, gave the assurance after his inspection visit to some private depots in Lagos.

Ladan said: “Petroleum products are coming in gradually; in most of the depots visited, some are being discharged, while there is assurance that some will come in again within 48 hours.

“I think with all we have seen now in the depots visited, petrol should be available in all filling stations across the country in few days time.

“The scarcity of petrol will soon ease out in days to come,” he assured Nigerians.

Ladan appealed to the depots to focus more supply on the independent marketers’ filling stations, saying that they were most affected by scarcity of petrol.

He said that independent marketers have filling stations in most major locations in the country, and most of them had not received supply for weeks.

At NIPCO, a vessel was discharging over 23 million litres of petroleum as at the time DPR team reached the tank farm.

Taofeek Lawal, the Head, Corporate Communications of NIPCO, said that about 300 petroleum tankers were waiting to load the product.

Lawal said that with 23 million litres of petrol, the company would load over 600 tankers in two days.

He said that NNPC had assured the company that another vessel carrying the product would arrive on Saturday.

Lawal assured the DPR team that the company would work tirelessly to ensure that scarcity of petrol was ease out in few days.

At Folawiyo Energy Ltd., Dipo Makanjuola said that the depot had about six million litres of petrol and had been operating 24 hours to ensure that Nigerians get the product.

Makanjuola said that the product belonged to the Nigerian National Petroleum Corporation (NNPC) and they were loading the product according to the directive of the Corporation.