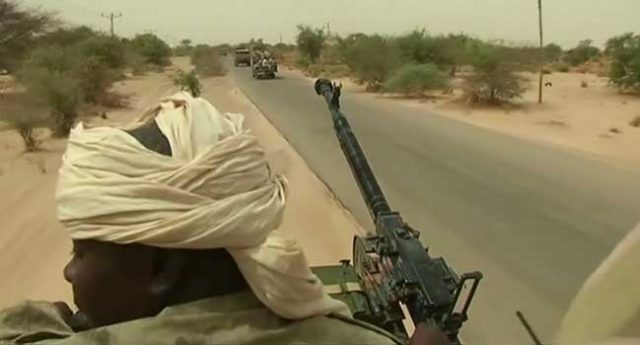 A security source has revealed that a top Boko Haram Commander has been arrested by the intelligence unit of the Borno State Police Command following a tip-off.

The insurgent, identified as Ibrahim Audu Diye alias Romeo, was arrested at about 2pm Thursday at an undisclosed location in Borno state.

The source also revealed that Romeo has recently threatened to kill the District Head of Pulka, Gwoza Local Government Area of Borno state.

He has equally been terrorising that axis before his arrest Friday.

The source also revealed that Military has closed in on the Boko Haram terrorists that attacked Mainok town along Damaturu/Maiduguri Highway on Wednesday.

The source informed that the insurgents were chased to Zari Village of Mobbar Local Government.

Details of the encounter with the insurgents were however not revealed.