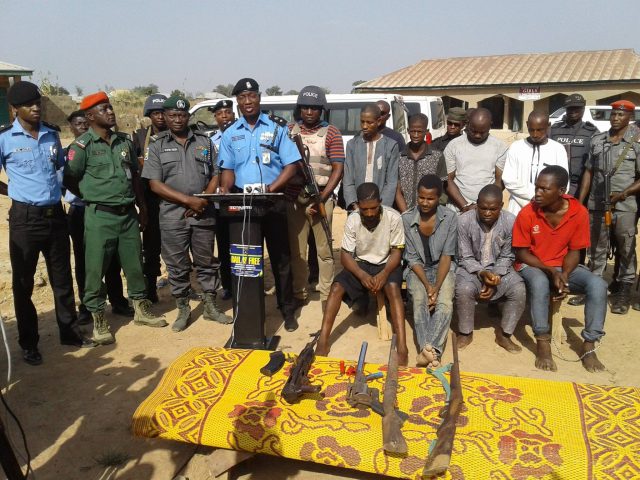 The operatives of the Nigerian Police Force in Kano have smashed a notorious syndicate which specialises in kidnapping children in Kano metropolis and environs.

The Police Public Relations Officer in the state, Magaji Majiya, disclosed this while parading the suspects before journalists in Kano on Wednesday.

Majiya said that the suspects usually kept the abducted children under the custody of Ward Heads, on the pretence that the children were missing.

He said the leader of the syndicate, Khalifa Usman, and another member, Aminu Idriss, had been going round various quarters in the city, spying on houses and kidnapping children.

“When they kidnapped a child they would meet with the other members of the gang and start making phone calls to negotiate the ransom with the parents.”

The Police Spokesman added that the suspects would put pressure on the parents of the abducted children to pay ransom in form of supplying them with recharge cards of various GSM networks.

He said the Police rescued seven children aged between four and five and recovered one mobile phone, three SIM cards and some recharge cards from the suspects.

Majiya said all the suspects had confessed to committing the crime while effort was being made to arrest the remaining accomplices now at large.