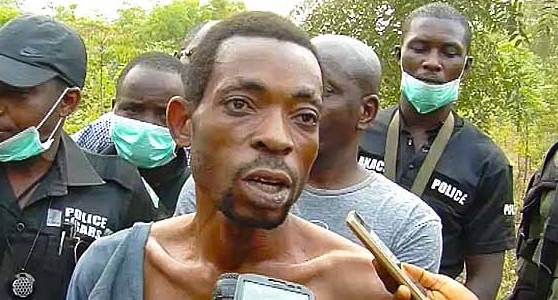 Speaking with journalists, the Commissioner of Police in the state, Ahmed Iliyasu, at the scene of the crime, in Abule Ayo area, on Thursday, said that the suspect had confessed to the crime.

According to Iliyasu, prior to the arrest of the suspect, the Co-ordinator of the NYSC in the state, John Okon, had complained to the command about a missing corps member in the state.

“We went for a powerful technical screening of fact left behind by the last person she contacted, who is the suspect; we have arrested him,” he said.

“We have uncovered this nefarious act and he led us to this place and confessed. Technically, the information led to one person, an indigene of Uromi, in Edo state, who was teaching this innocent corps member, Taiyese Modupe, how to drive a car.

“The man tactically and deceitfully convinced her on Saturday evening that her driving permit was ready.

“She decided to answer his call and he cleverly and deceitfully apprehended the lady and brought her down to this forest where he had a forceful and unlawful carnal knowledge of her. Thereafter, he strangled her to death.”

Ilyasu also said the police tracked the suspect, following some passport photographs found at the scene of the crime.