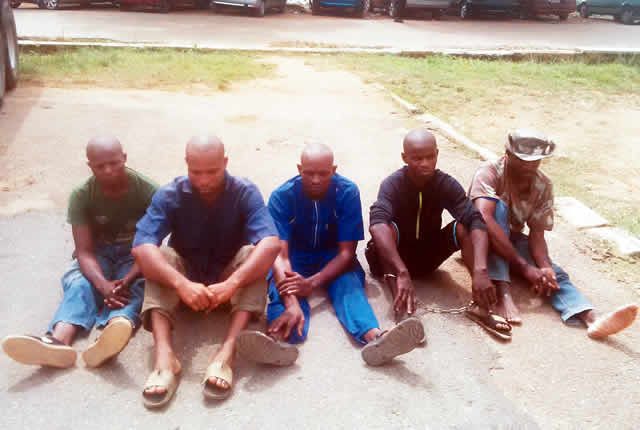 The Commissioner of Police in the state, Abiodun Odunde, disclosed this in Ibadan while presenting the suspects to journalists at the Command’s Headquarters in Ibadan on Friday.

According to Odunde, the soldier and three others were arrested on November 11 along Akobo, Iwo Road, Ibadan.

The Commissioner said that investigation revealed that the gang was responsible for waylaying and subsequently hijacking trucks along the expressway.

“The gang led by the soldier hijacked a 40,000 litre truck with registration number ABJ 132XA at about 9:30 p.m. and abducted the driver and the conductor.

“They later took them to Omi-Adio after robbing them of their money and valuables and thereafter drove the truck to Akure/Ilesa road.

“The alarm raised by the victim attracted some members of the community who alerted the police that led to their arrest and also recovered the truck,’’ Odude said.