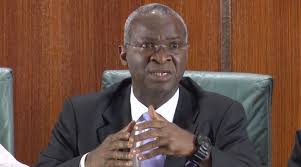 Minister of Works and Housing, Babatunde Fashola, has said that the only solution to the problems facing public universities to generate revenue for themselves without depending on government for survival.

The former Governor of Lagos said this recently at an event organised by the House of Representatives themed, ‘Re-imagining Tertiary Education in Nigeria: Issues, Challenges and Solutions.’

In a statement released by the Ministry’s Director of Press, Mrs Blessing Adams-Lere, the former Governor of Lagos State noted that a printing press, consultancy services and poll results are credible funding proposals for tertiary institutions.

According to him,  collective funding of education is needed by various levels of government and not exclusive to the federal government as commonly insinuated.

“Tertiary education is on the concurrent list, meaning that states and federal governments can fund education in the country.”

He also  accused employees of tertiary institutions who want to be autonomous as a big challenge to the success of education in the country.

“Employees of government-owned institutions who want to be autonomous is a big issue we have to resolve,” he added.

Speaking,  the Director General, Budget Office of the Federation, Benjamin Akabueze aligned with the position of minister stating, ‘‘There has to be sustainable funding of tertiary education. We can’t continue with the current system because it is not working and not sustainable.”