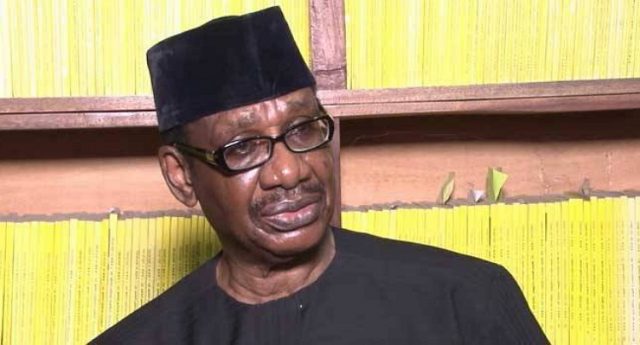 Sagay described the former Pension boss’ request to meet with the President as out of the question, ridiculous and an insult to the country.

Speaking on Wednesday, Sagay said the ex-pension boss should turn himself in to security agencies.

“The whole matter does not justify such ridiculous request. His request to meet with the President is out of the question. If every suspect has a whistle to blow and is therefore taken to the President, I don’t think the President will have any other job to do.

“Apart from the protocol and status, it is even insulting to the country. He can talk to the Economic and Financial Crimes Commission (EFCC), Independent Corrupt Practices and other Crimes Commission (ICPC) and Police and if he wants a higher authority, he can meet with the Inspector-General of Police. So, he does not need to get to that level at all because nobody is going to allow that.