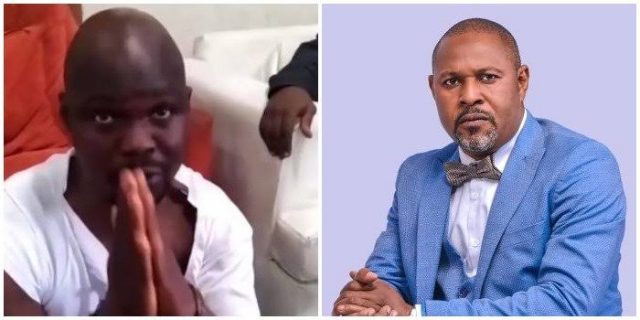 Popular Nollywood actor Saidi Balogun has reacted to viral report that he  was involved in the plan to secure release of Baba Ijesha.

Princess had accused Saidi Balogun for trying to bail Baba Ijesha as she revealed that he was the actor in Panti trying to facilitate his release.

In a video, Saidi Balogun said that he was totally against harassment and child molestation. He said he has been on set and he has never been to Panti where Baba Ijesha is held.

The Actor also stated that he has never spoken to Baba Ijesha ever since the issue happened. He also debunked the rumours that “Baba Ijesha came to beg him”.

He went on to ask if it was a deliberate effort by people to bring him down?, Saidi Balogun said he doesn’t support what Baba Ijesa did and he kept mute because he wanted the law to take its course.

The Nollywood star further revealed that he wasn’t the only person that didn’t talk on the issue, alleging that out of about 25 to 30 association, just two spoke.

He concluded by saying he salutes and supports what the women are doing, but nobody should involve his name,