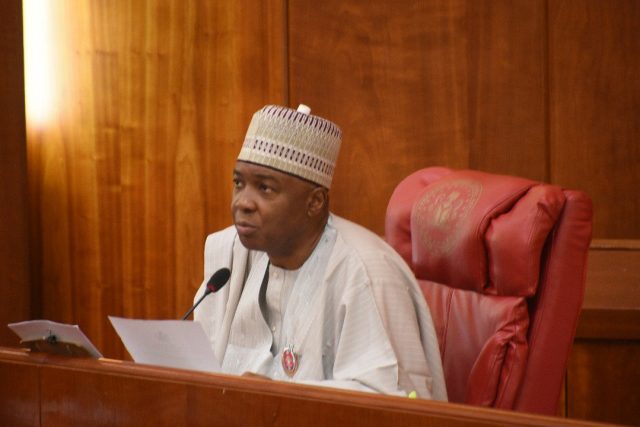 The stage appears set for another clash between the Senate and the Chairman of the Economic and Financial Crimes Commission, EFCC, Ibrahim Magu.

This follows the alarm raised by the Senate that property recovered from Nigerians, Organisations by the Economic and Financial Crimes Commission, EFCC were allegedly being relooted by its officials.

The Senate has thus begun a probe into the allegations that about 222 recovered property comprising of exotic Houses and Hotels handed over to EFCC by the former Chairman of Presidential Task Force on Pensions, Abdulrasheed Maina before his removal in 2014, have been shared by top notch in EFCC or interested parties in the society .

The alarm was raised by the Chairman of the Senate Ad- hoc Committee investigating the reinstatement and promotion of Maina and Chairman, Senate Committee on Establishment and Public Services, Emmanuel Paulker, PDP, Bayelsa Central.

According to him, the Committee got the information of looted property from submissions made to that effect by some of the invited government officials connected with the botched reinstatement and promotion of Maina.

Paulker who requested the Senate to expand the scope of his Committee’s investigation to unravel those involved in the relooted loots, said, “For this alarming revelation sir, this Committee request the Senate to expand the scope of its investigation on Maina by extending it to the management of assets recovered by him and handed over to EFCC before his removal as Chairman, Presidential Task Force on Pensions in 2014 and by so doing, extend the duration of the assignment.” ‎

In his remarks, Senate President, Bukola Saraki said that the Committee must do everything possible to unravel those behind the alleged relooting and report back in four weeks time .

Saraki said,  “this is a very serious matter and more of large scale corruption going on in a forbidden place. We just hope that it remains at realm of allegation and not as it is presented.”