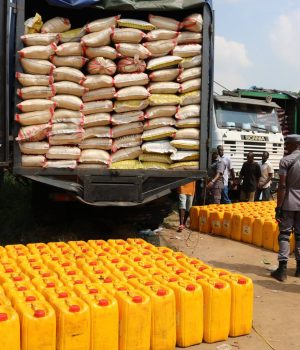 The Senate has resolved to set up ad-hoc Committee to investigate allegations of economic waste against the Nigeria Customs.

“The Senate notes with dismay that these items which ought to have been kept for only a short interval, are now being kept for so long in the Custom’s warehouses, amounting to large economic waste.

“The Senate notes that prior to now, these goods when seized are auctioned off by the customs to the general public.

“However, these auctions are rarely done in recent times and these reports show that the customs warehouses are brimming with spoiled or almost spoiled goods while people are dying of hunger,” he lamented.

Hassan added that such a development is not in the general interest of the economy. He also called on Nigeria Customs to decongest its warehouses and turn, ”these wastes to useful gain for the country.”

The Senate subsequently resolved to set up an ad-hoc Committee to investigate the veracity of the claims and advise it accordingly.