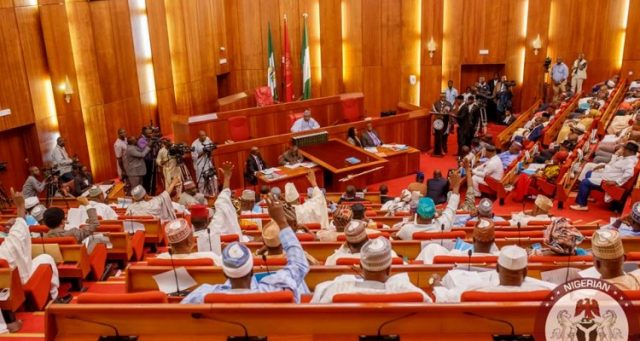 The Senate President, Bukola Saraki, says the debate on the 2018 Appropriation Bill will commence on Wednesday, November 22.

Saraki, who made the announcement during plenary on Thursday in Abuja, said the debate would last for two legislative days.

Saraki, who said the debate would be between Wednesday and Thursday, urged his colleagues to indicate interest on when they would want to make their contributions.

The President of the Senate said copies of the Budget Proposal would be made available to the lawmakers before the commencement of the debate.

“The Clerk of the Senate will make copies of the Budget available to you. A register has been opened for you to put your names,” he said.

Similarly, the Chairman, Senate Committee on Media and Public Affairs, Sabi Abdullahi, said the session would involve starting the debate for the second reading of the Bill.

He noted that the laying of the Budget by President Muhammadu Buhari on November 7 was the first reading of the Bill.

“It is important we take up the debate of the basic principles of the Bill and refer it to the appropriate Committee,” he said.