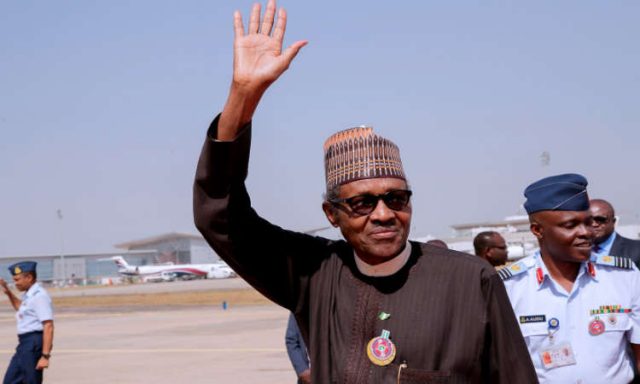 The Shehu of Borno, Abubakar Ibn Garbai, has commended President Muhammadu Buhari, over his unflinching commitments to end Boko Haram insurgency in the country.

Garbai made the commendation when the Theatre Commander, Operation Lafiya Dole, Rogers Nicholas, paid him a courtesy visit in Maiduguri.

He said that Buhari had demonstrated greater political will to end insurgency and address the humanitarian crisis ravaging the North East region.

Garbai also noted that the insurgents had ravaged the state and destroyed vital social and economic activities in the region.

He therefore commended the Military for their dedication to counter-campaign and pledged his Council’s support to the Command.

In his remarks, Nicholas said that he was at the palace to introduce himself and condole with the Emir over the unfortunate incidents.

He recalled that he started his Military career in Bama and served in various locations in Borno, which availed him the opportunity of being conversant with the geography of the state.

“My task is to restore sanity to the North East. I am here to seek for your support and cooperation, to enable us succeed in our mission”. he added,