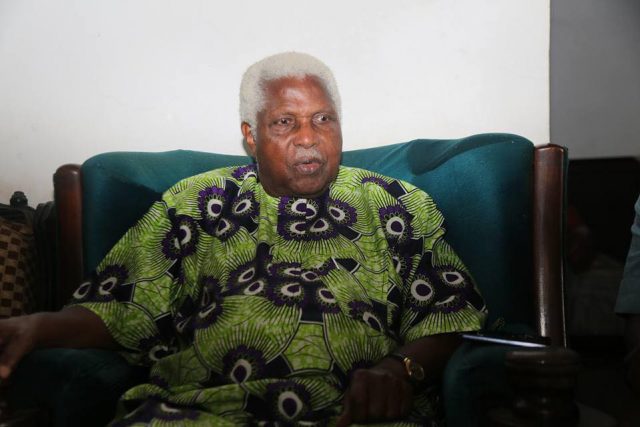 Tributes have started pouring in for former Vice President, Alex Ekwueme, who died in a London Hospital on Sunday night.

News of Ekwueme’s death filtered in the early hours of Monday and the South East Governors’ Forum, Ohanaeze Ndigbo, and Anambra Governor, Willie Obiano have all expressed sadness over his demise.

The South East Governors’ Forum described him as a great son and leader and prayed for his wife and family.

“His death is a great loss not just to Igboland but the whole of Nigeria. We pray that the Almighty God will give his wife her Excellency Beautrice Ekwueme and the entire family the fortitude to bear the loss. May his gentle soul rest in perfect peace,” the forum said in a statement by its Director General, Simon Uchenna Ortuanya.

Igbo socio-political and cultural organisation, the Ohanaeze said the former Vice President was an outstanding patriot whose contributions to the country’s socio-political evolution would be indelible.

“As Vice President,  Ekwueme was intellectually forthright, engaging, loyal and outstandingly patriotic. As a politician, he was courageous and original in his ideas. Ndigbo has lost a genius, a father and an intellectual giant,” the President General of Ohanaeze, John Nwodo said in a statement.

Governor Obiano, on his part, said it is hard to contemplate the void Ekwueme’s death has created.

“A great Iroko has fallen. Nigeria has lost a statesman. Ndigbo has lost an illustrious son. Anambra has lost a father. But I have lost both a father and a friend. I have lost a mentor. This is a big loss on all fronts,” was quoted as saying in a statement by his Senior Special Assistant on Media, James Eze.