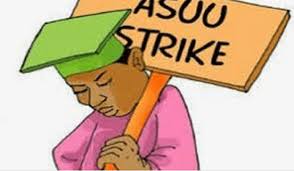 As the strike action embarked upon by the  Academic Staff Union of Nigerian universities linger, the Federal Government has appealed to tye striking teachers to accept the Integrated Payroll and Personnel information system (IPPIS) with the promise of improving the payment platform to fit the needs of the lecturers.

The plea was made on Thursday by the  Accountant General of the Federation, Sylvia Okolieaboh, during the meeting between the union and the federal government at the House of Representatives.

It was earlier reported that  the Speaker of the House, Femi Gbajabiamila had last week called for an extended meeting of all stakeholders in the education sector to resolve the over seven months strike.

According to the Accountant General,  government will accommodate the union on the issue of salaries in a bid to end the strike.

He insisted that the government is concerned over the ripple effect of allowing ASUU to have a separate payment platform from others.

“If there are peculiarities in the university salaries system, what we need to do is to sit down with ASUU and identify them and address them in IPPIS. We are willing to accept.”

This is the third meeting brokered by the House of Representatives, like many others, the meeting did not yield any agreement.

Others at the meeting included the head of service, Folashade Esan, the Minister of Labour and Employment, Chris Ngige, the President of ASUU, Emmanuel Osodeke.

In his closing remarks, Mr Gbajabiamila said will compile all recommendations and submit them to President Muhammadu Buhari as a single report.

“For the sake of emphasis, the House is pleading with you, let’s put all interest aside and look at the interest of our children.”