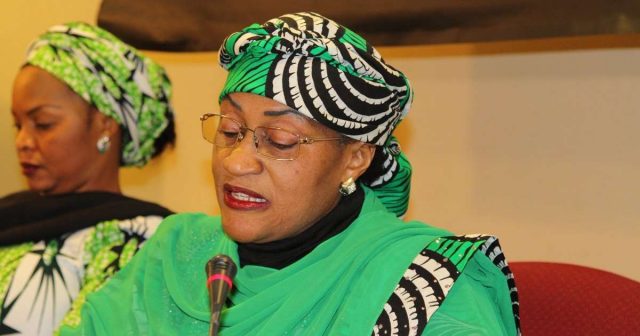 The Minister of Women Affairs and Social Development, Aisha Alhassan says it is the responsibility of all citizens to work together in order to tackle the rampant occurrences of violence in the country.

Alhassan said this at a news briefing to commemorate the 16 days of activism to end violence against women and girls in Abuja.

This year’s theme was “Together we can end gender based violence’’ and the sub theme was “Leave No One Behind”.

According to her, both men and women are victims of violence in the society today, however the forms of violence being experienced by women and girls include acts that entail specific assault on their sexuality and such must be addressed by all.

“Violence against women and girls takes emotional and psychological forms often resulting in perpetual stereotypes and women’s subordination to men.

“Women and girls may suffer violent acts in the household and within the family which could be habituated by socio- cultural attitudes and traditions,” she said.

According to Alhassan, violence against women is human rights issue that extremely hinders women and girls in contributing to national development.

She added that violence against women impacts and impedes progress in many areas which includes poverty eradication, combating HIV and AIDS, peace, as well as security.