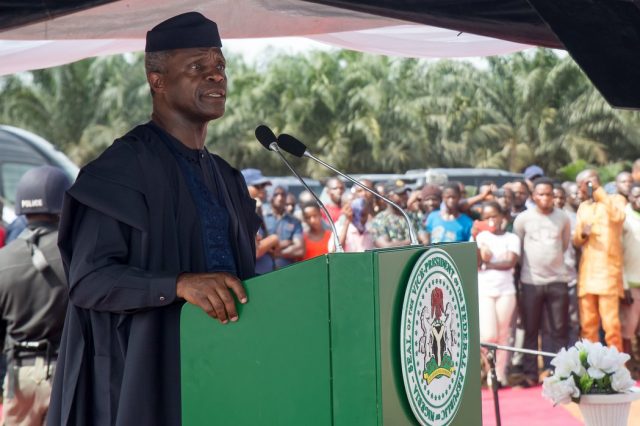 Vice President, Yemi Osinbajo, has advised youths in the country to take their destinies in their hands by taking up leadership roles through innovative ideas.

Osinbajo gave the advice at the 2017 National Youth Convention of the Youth Ministry, Church of the Lord Prayer Fellowship, with the theme, “Unfailing Love’’, on Saturday in Abuja.

The Vice President, who was represented by the Chaplain of the Villa Chapel, Sheyi Malomo, said that now was the time for youths to start thinking of leading the nation.

He recalled that Nigeria as a nation was built and shaped by the youths who were determined to build a formidable and united country.

According to him, people like Yakubu Gowon and Odumegwu Ojukwu, who led the civil war, were in their 30s when they succeeded in making Nigeria one country.

“There is this popular saying that youths are leaders of tomorrow but I would like you to know that the tomorrow we are talking of is now.

“This is because the youths are leading in the world now, both in ideas and innovations and that is why we have the Facebook developer, Mark Zuckerberg, who is in his 30s.

“One of the things that you need to do as youths is to start to take responsibilities and rise up with commitment to God,’’ he said.

He also charged them to be committed to the nation’s course in terms of political participation, adding that youth population constituted the highest voting population in Nigeria.

He advised them to be fully committed to the political process in the country by making sure that they got their voters cards.