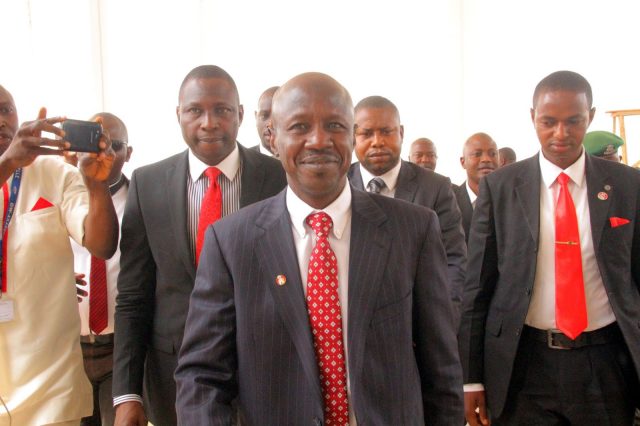 The Economic and Financial Crimes Commission, EFCC, is not taking low the claim by the Senate that no fewer than 222 property recovered from pension thieves by the Commission, had been relooted.

The anti-graft agency in a statement by its Spokesman, Wilson Uwujaren, explained that all forfeited property had been duly documented and are intact.

“The attention of the Economic and Financial Crimes Commission, EFCC, has been drawn to comments attributed to the Chairman of the Senate Ad Hoc Committee investigating the controversial reinstatement of Abdulrasheed Miana, Emmanuel Paulker, alleging that officials of the Commission shared 222 properties which Maina’s Panel seized from pension fund thieves.

“This sweeping allegation, coming from a Senate Committee is disturbing more so as no attempt was made to verify the information from the Commission.

“The EFCC was never invited by the Committee and given the opportunity to educate it on the status of assets seized from suspected pension thieves; yet the Committee was comfortable to scandalise the EFCC with the public disclosure of unverified claims by unknown interests.

“For the avoidance of doubt, there are no 222 properties anywhere that were shared by anybody.

The EFCC did not receive a single property from Abdulrasheed Maina. All the pension fraud assets that are in the recovered assets inventory of the Commission were products of independent investigation by the EFCC, for which Maina and his cohorts had no clues.

“If Maina or any government official witnessed the sharing of any recovered pension assets by any official of the EFCC, they should be willing to name the official, the assets involved; when and where the ‘sharing’ took place.

“As far as the EFCC is concerned, there is no controversy regarding the status of assets recovered from suspected pension thieves.

“The record of all the recovered assets from both the Police Pension and the Pension Office of the Office of the Head of the Civil Service of the Federation as well as their current status are intact, and have been communicated to the relevant organs of government.

“However, in view of the consistent display of public ignorance about the profile of recovered assets by even those who should know, it is important to state that it is impossible for anybody to share a property that is subject of interim forfeiture by court.

“Of all the properties seized from pension fraud suspects, it is only properties that are linked to John Yusuf, who was convicted under a plea bargain arrangement that had been forfeited permanently and handed to government. All the others, with the exception of Brifina Hotel, are subject of interim forfeiture. And the cases are ongoing in courts,” said EFCC. 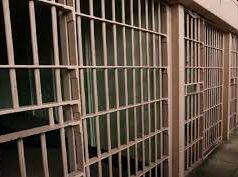 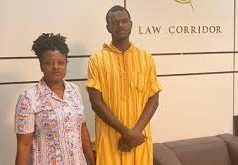 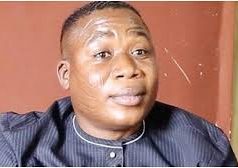