Controversial Islamic cleric, Sheikh Ahmad Gumi has urged the Federal Government to pay ransom to the terrorists holding the 62 abducted passengers of the Abuja-Kaduna train.

In his words, the top cleric called on the  government to deal with the bandits with caution because of kidnapped victims in their den.

He said: “You have the opportunity to deal with them the way they deserve because when they have captives, you have to tread with caution so that their captives will not be injured,” he saidi

It will be recalled that on March 28, some daredevil terrorists attacked the Kaduna-Abuja train, killed nine passengers and abducted over 62 others.

It will also be recalled that bandits, few days later released the Managing-Director of Bank of Agriculture due to age factor.

It was also reported now the terrorists  released several videos of the kidnapped victims.

Reacting on the development, , Sheikh Ahmad Gumi, at a special prayers organised for the victims by the Jama’iyyar Matan Arewa (JMA), in Kaduna, called on the government  to pay ransom to the bandits

He said, “Just imagine now, people are paying up to N25 billion to buy forms instead of using the money to pay ransom for poor Nigerians who cannot pay. 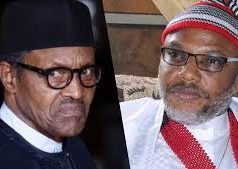 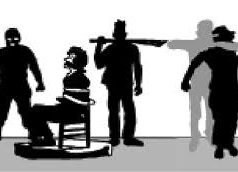