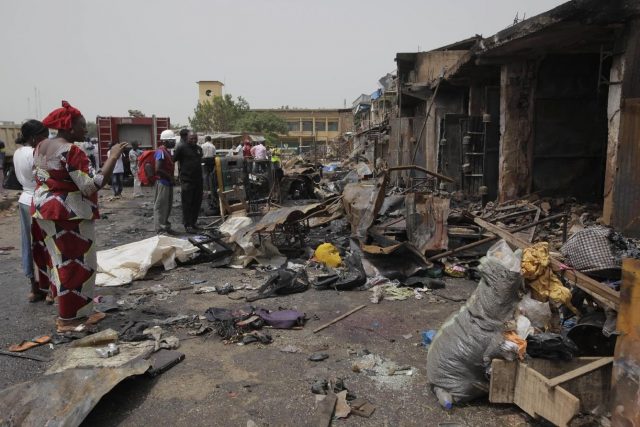 The Borno Police Command has confirmed that 15 persons have been killed while 53 others were injured in twin blasts that rocked Borno on Saturday.

“One of the bombers detonated IED strapped on her body within Biu main market, while the other one detonated outside the market square.

” So far, a total of 13 persons excluding the two suicide bombers, have been confirmed killed in the two explosions while 53 others sustained various degrees of injuries.”

“The Corpses and the injured persons have been evacuated to General Hospital Biu. Meanwhile, normalcy has been restored and the area rendered safe.”