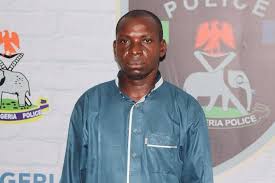 A group known as Human Rights Writers Association of Nigeria (HURIWA) on Tuesday called out Justice Binta Nyako for delivering what it describing as lenient judgementt on Taraba-based kidnap kingpin, Hamisu Bala, popularly known as Wadume.

The group said that with the light judgement of seven years without an option of a fine, the Judiciary is aiding kidnappings in the country.

According to HURIWA, his offences were far heavier than the punishment he was given, calling on the Inspector General of Police, Baba Alkali, to appeal the what it callee a sham judgement.

The group said that there should be a heavy sentence to ensure that there is justice for officers who lost their lives to Wadume and his bloody gang.

According to HURIWA, the sham judgment is criminally obtained from the backdoor, noting that such judgement is unacceptable.

“The verdict of Justice Binta Nyako is lenient and allegedly creates the impression of arrangement and accord between the prosecution and the judiciary.”

The rights group said that were the judiciary independent, it could have petitioned the National Judicial Council, NJC, “but we are urging Nigerians to take note that there are double standards in the dispensation of justice under President Muhammadu Buhari demonstrating that the judiciary has been captured by the executive arm of government.

“The judge is setting a very bad precedence and tolerance for heinous crimes such as kidnapping, possession of firearms, and killing of many Nigerians including three policemen who tried to arrest him and bring him to Abuja.

“It is worrisome that so many shenanigans, secrecy, and controversy shrouded the trial of Wadume eventually before his ARRANGEE VERDICT by the Abuja division of the Federal High Court who pronounced a very lenient punishment for such massive offences. It means this government is enabling all the kidnappings taking place since 2015 and Nigerians need to speak out in total rejection and absolute condemnation.

“The judge needs to be reminded that there were many cases where lesser offences such as child molestation got heavier sentences including that of Nollywood actor, Olanrewaju James, alias Baba Ijesha, who was sentenced by a Lagos court to 16 years in prison concurrently.

“Even a kidnap kingpin, Chukwudumeme Onwuamadike, popularly known as Evans, was in February 2022, sentenced to life imprisonment for kidnapping.

“These are just a few of the recent convictions with strong sentence even though the offences were far lesser than that of Wadume, who was accused of terrorism, unlawful possession of firearms, kidnapping, murder, and many other heinous crimes.

“Nigerians won’t take the sham and kangaroo verdict on Wadume. The IGP must appeal the judgement because it enables kidnapping which is now ubiquitous in the country. To even think that the same Justice Nyako has refused to grant bail to Nnamdi Kanu since he was re-arraigned last year is baffling. Why double standards even at the law court? The Nigerian Bar Association must take up this matter which many people believed is highly compromising.”