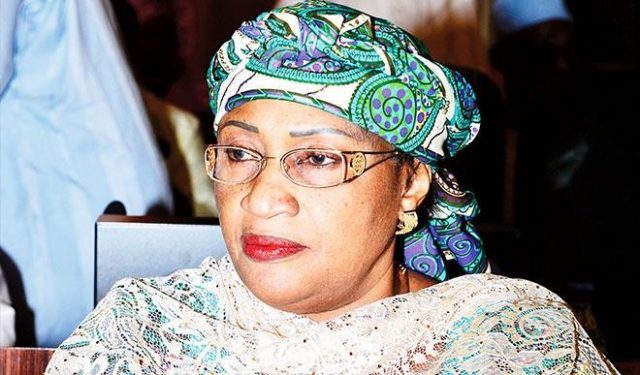 The National Publicity Secretary of All Progressives Congress (APC), Malam Bolaji Abdullahi, said on Friday the party has not asked the Minister of Women Affairs and Social Development, Sen. Aisha Alhassan, to resign from the post over her recent comments in the media.

Abdullahi also said the minister’s appearance at the party’s National Secretariat, Abuja, on Thursday, was not on a summon.

Alhassan, who had been widely criticized over the comment on her choice of presidential aspirant for the 2019 general election, had a closed-door meeting with the party’s leadership in Abuja.

The minister had reportedly said she would support former Vice President Atiku Abubakar if he shows interest in the 2019 presidential race, saying the man had been her “godfather.”

The comment drew the flak of APC stalwarts, who dubbed it anti-Buhari and anti-party, saying she was disloyal to the government and should resign or be sacked.

At the end of the meeting, which lasted about two hours, Alhassan avoided journalists’ enquiry on her mission at the secretariat.

Abdullahi said the minister had just a meeting with leadership of the party, but “was not asked to resign her position as may be speculated.”

‘’No, that did not come up. What we said was that we understood the context in which she said what she said.

‘’But, it was an act of indiscretion for someone occupying the position she is occupying in the party to make that kind of statement,’’ he said.