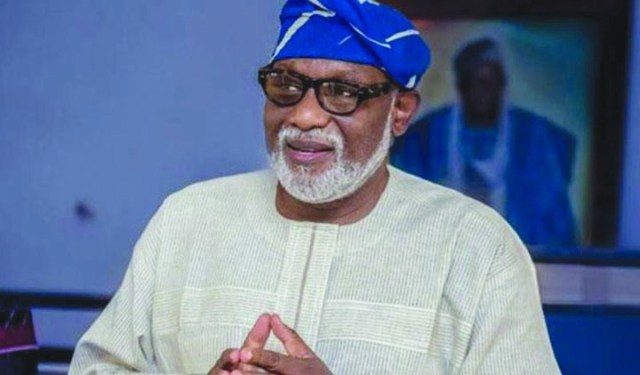 Ondo Governor, Rotimi Akeredolu has described Nigeria’s reliance on other nations for infrastructure development as embarrassing.

The governor stated this when he received an honorary doctorate degree at the Igbinedion University, Okada, Edo state.

According to him, Nigeria ought to rely solely on the expertise of “those whose trainings have gobbled huge investments from the commonwealth, to abridge the wide gap in infrastructure deficit.

“At this stage, considering where we were, especially in this part of the country during the First Republic, we should be far less dependent on other nations of the world for basic means of sustenance. It is, however, embarrassingly so today,” he said.

Akeredolu called on governments at all levels to develop the education sector.

He said the nation must take education seriously if it hoped to realise its quest for development.