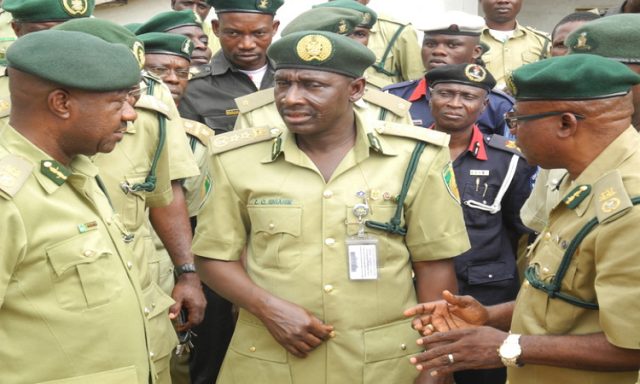 The Nigerian Prisons Service (NPS) has denied media report that about N3.5 billion could not be accounted for by the NPS between January and December 2015.

A report had quoted the Accountant General of the Federation indicting both the Nigerian Immigration and the NPS of committing N12.6 billion fraud in 2015.

In a statement by its Spokesperson, Francis Enobore, the NPS said no dime was missing as claimed.

“The attention of the Authorities of the Nigerian Prisons Service has been drawn to a publication in one of the daily newspapers of 28th December, 2017 alleging fraud in the Prisons Service. According to the writer, the Auditor General of the Federation requested the Service to produce documents to explain some expenditures and remittances to the Federal Inland Revenue (FIRS) among others in the 2015 audit report.

“It is common knowledge that such requests from the Auditor General of the Federation are normal accounting procedures for checks and balances in the public sector. Unfortunately, the writer skewed the report and concluded that money was missing when the checking process was still on-going.

“We want to state clearly that the documents being requested are intact and are being processed by the appropriate Authority. We further wish to assure the public that funds allocated to the Service are judiciously applied and no money is missing.

“The present leadership maintains an unrelenting commitment to transparency and accountability in its thrust to place the Prisons on a higher pedestal and therefore solicits genuine support from well-meaning individuals to achieve this goal,” the statement said.