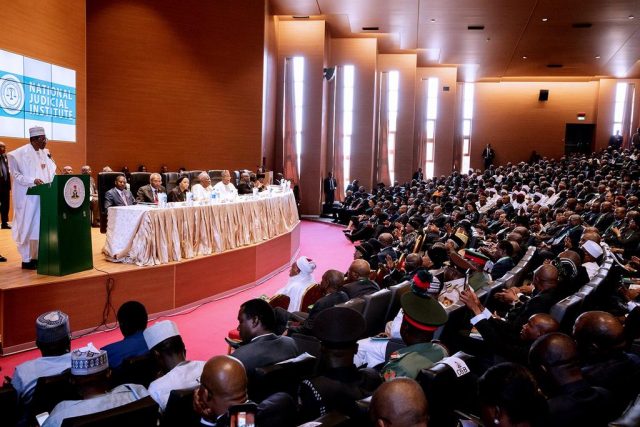 A former Chief Judge of the Federal High Court, Justice Ibrahim Auta, says the judiciary, especially the judges, have become victims of corruption allegation in the country, because, judges were barred from speaking to the press.

Auta made the assertion during the conferment of Award of Excellence on him by the Society Watch Media Limited (SWML), an NGO, on Wednesday, in Abuja.

Due to the law that doesn’t grant Judges opportunities to speak to the media, Auta noted that most of the corruption allegation levelled against them often appeared to be true.

The former chief judge, said that corruption perceptions about judges were becoming acceptable, because the people believed whatever they read in the media without verification. Auta also observed that there was no country and sector devoid of corruption, adding that it was only the magnitude of the practice that differed.

While noting that the country was faced with many challenges and problems ranging from corruption, kidnapping, ritual killings, lack of infrastructural development, favouritism, nepotism and religious crisis, Justice Auta stated that, “At the root of this challenges is leadership. What we have been lacking in Nigeria is good and purposeful, nationalistic and patriotic leaders,” he said.

He, therefore, called on Nigerians to pray for President Muhammadu Buhari that whatever he was doing would be of benefit to the country.