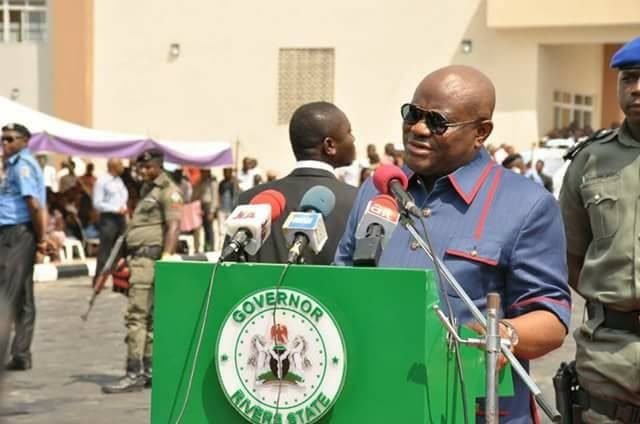 Rivers state governor, Nyesom Wike, has warned public officers against bad conducts, saying no security agency can save them from giving an account of their stewardship to the people.

The governor said this on Tuesday, while inaugurating some projects at the Rivers State University, in Port Harcourt, the state capital.

“Wherever God places you, make sure you do something for your people. It is not a matter of carrying State Ant-Robbery Squad (SARS) and army personnel; SARS and army personnel will not be with you on judgment day when the people demand to know what you have done for them,” he said.

Wike, who inaugurated ultra-modern buildings for the Faculty of Environmental Sciences and Faculty of Management Sciences at the university, said he would never play politics with education.

He added that his administration would continue to sustain the development of critical infrastructure in state-owned tertiary institutions to improve the quality of education in the state.