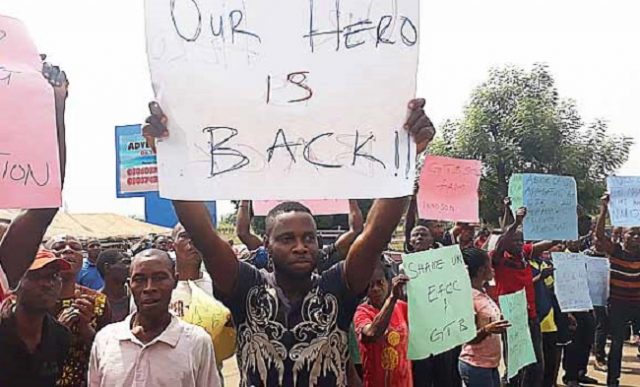 Some Igbo youths gathered at the Enugu Airport to welcome home the return of the owner (CEO) of Innoson Motors, Innocent Chukwuma, who was arrested by the Economic and Financial Crimes Commission (EFCC).

The anti-graft agency said his arrest followed his refusal to honour an earlier invitation by the commission, having earlier jumped an administrative bail granted him in a case being investigated by the Capital Market and Insurance Fraud Unit of the Commission’s Lagos office.

He was however released on Wednesday, a day after he was arrested at his Enugu residence.

The youths were seen carrying placards with various inscriptions such as: “Our hero is back, “our Senate is working”.