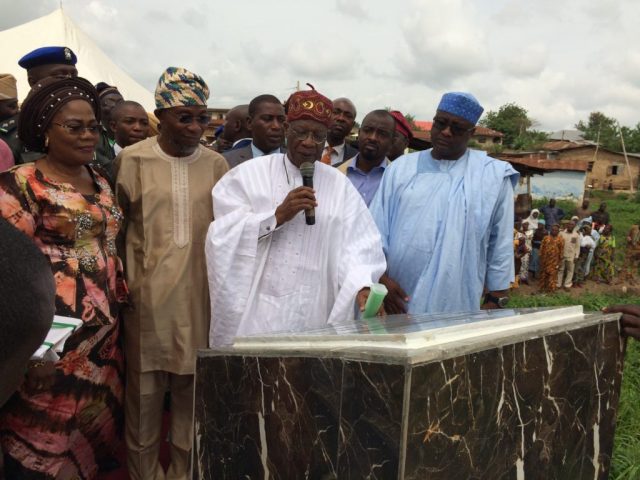 The Minister of Information and Culture, Lai Mohammed, has said fifteen revenue-generating agencies of the Federal Government failed to remit N8.1 trillion to the Federation Account between 2010 and 2015.

The Minister said this in Osogbo, Osun State, on Monday while inaugurating the channelisation, de-silting, flood control and development of Okoko and Ogbagba Rivers, phases one and two, on behalf of Muhammadu Buhari, the President  of Nigeria.

In a statement by his Special Adviser, Segun Adeyemi, the minister said auditing firm KPMG discovered the failure to make the remittances to the government.

He was quoted as saying, “Recently, the Federal Government ordered an audit (between 2010 and 2015) of 15 government revenue generating agencies. The result was the discovery that the agencies had not remitted over 8.1 trillion Naira to the Federation Account. This amount is about six times the N1.34 trillion that was stolen between 2006 and 2015.

He told the large crowd at the event in Osun that the Buhari Administration’s fight against corruption remains very critical because it will free the much-needed resources for national development.

Mohammed explained that the funds looted by previous administrations could have funded the projects being executed by the current administration.

”This is why we will not stop talking about those who have looted the public treasury, despite the pushback from their apologists,” he said. If we do not stop the looting of the treasury, there will be no money for the kind of projects we are commissioning here in Osogbo today.”

Osun Governor, Rauf Aregbesola, backed the Minister disclosure on the non-remittance of funds by agencies under the past administration.

According to the governor, his state’s share of the said amount is N75 billion which would have been more than enough to pay all civil servants their salaries and complete all infrastructural projects of the government.