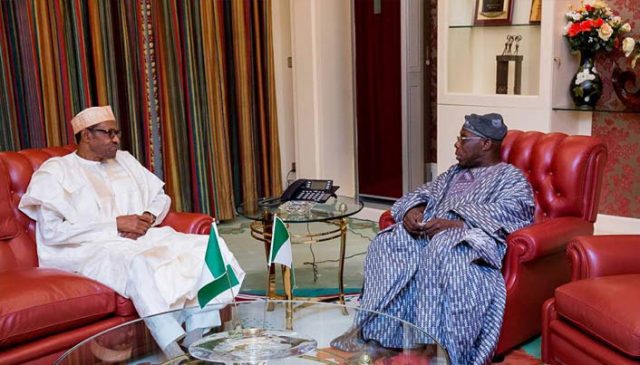 Ekiti Governor, Ayodele Fayose, has mocked Muhammadu Buhari, the President of Nigeria and former President, Olusegun Obasanjo over their latest disagreement over the $16bn allegedly spent on power during the tenure of the former President.

Fayose, who took to his twitter handle on Wednesday said that he was enjoying the public display of “ brickbats ” between the two leaders.

The governor said that he had been vindicated on his earlier warning that those who brought Buhari would regret it .

“I am enjoying these latest brickbats between President Buhari & Ex-President Obasanjo. They should keep exposing themselves for Nigerians to know what they have been hiding .

“Nigerians should remember I warned that those who brought Buhari will regret entrusting him with power.”

Obasanjo recently criticised Buhari and asked him not to seek a reelection in 2019.

Buhari on Tuesday said that Obasanjo had questions to answer regarding the $ 16 bn he spent on power project.

However, Obasanjo in his reply said that the president was ignorant urging him to read his book “My Watch” to understand the matter.