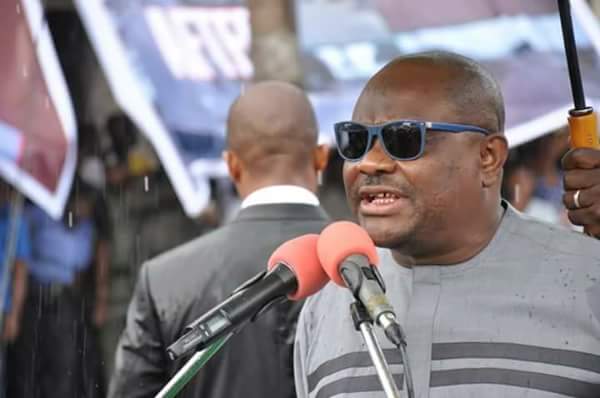 Rivers Governor, Nyesom Wike has stated that oil producing states should be paid their 13 percent derivation of the $1billion withdrawn from the Excess Crude Account by the Federal Government to fight insurgency.

Speaking on Sunday at the Government House Port Harcourt during the presentation of the Leadership Newspaper Governor of the Year Award 2017 to him by the Speaker of the House of Assembly, Ikuinyi-Owaji Ibani who represented him at the event, Governor Wike noted that it is mandatory for the constitutional procedure to be followed.

The Governor said that he has been officially approached to lobby the Rivers State House of Assembly to approve the resolution mandating the withdrawal of the said funds.

He said while the State Government is not against the fight against insurgency, all required constitutional procedures must be respected.

“They have approached us to lobby for the passage of a resolution by the State House of Assembly approving the $1billion withdrawn from the Excess Crude Account to fight insurgency.

He said that all the negative actions against the Rivers State Government are targeted at denying the State the balance of the Paris Club Refund.

Governor Wike also informed the Rivers State House of Assembly members of the refusal of the APC Federal Government to release budget support fund to the State Government, when all other states have received the fund.

“If you criticise the government, they deny the State funds due to it. This is a government that claims that it is fighting corruption “, he said.

He commended the Rivers State House of Assembly for their support, urging them to stand firm as the state approaches the political era.

The Governor said that the numerous successes recorded by the state are due to the sacrifices of the people in the face of dwindling resources.