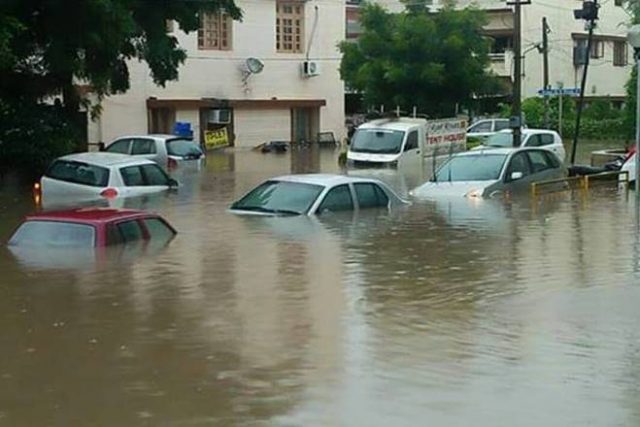 The FCT Administration has called on the residents to be very alert to possibilities of flood as the rainy season enters its peak in the coming months.

It also reiterated its constant call on residents to avoid illegal developments as well as dumping of refuse on water rights-of-way.

The Minister of the Federal Capital Territory, Muhammad Musa made this appeal when he visited to commiserate with people of Karshi after the recent flood disaster that occurred in their community last Saturday night.

He also conveyed his condolences to the families of the two from the neighboring Kokosu Community of Nasarawa State, who were confirmed dead in the flood.

The Permanent Secretary, Chinyeaka Ohaa, also used the occasion to ascertain the extent of damage caused by the flood.

This, according to him, was with a view to stemming future occurrences of an incident, the scale and nature of which, according to residents, have never been witnessed in the area before.

“I have directed that our team of engineers should be dispatched to study the situation with a view to stemming future occurrence. From all indications this is a natural disaster.

“I am happy that our team is on ground for the search and rescue operations.”

Also speaking during the visit, the Chief of Karshi, Ismaila Mohammed dispelled insinuations that the incident was caused by a burst dam.

“The dam is still intact and still under construction. I thank the FCT Minister for his quick response in dispatching the FEMA team who have worked with local inhabitants since last night, to retrieve the bodies of the victims.

“This kind of flood has never been witnessed in this community. The weather has been very erratic. We, in the community would embark on measures to ensure that the roads are safeguarded during heavy rains until a permanent solution is found.”