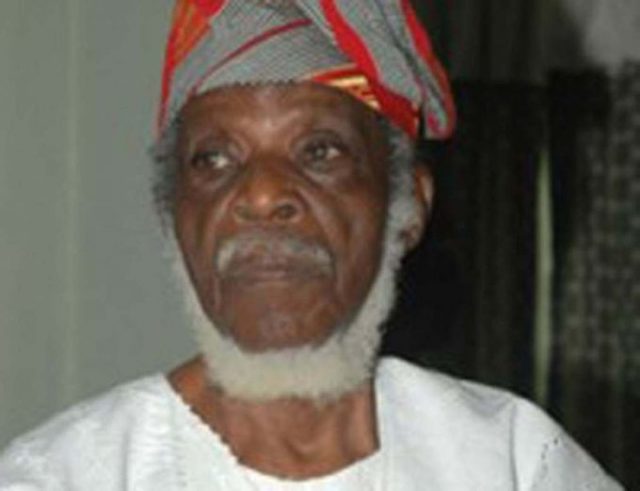 One of the foremost leaders of the Yoruba socio-cultural group Afenifere, Pa Ayo Fasanmi has passed away. at the ave of 94.

Fasanmi, who served at the House of Representatives and Senate at different times, was among core loyalists of the late Chief Obafemi Awolowo.

He celebrated his 94th birthday on September 27, last year.

He said Baba lived well and posterity will be kind to him.

Fasoranti’s son Folabi also confirmed his death in a statement.

“With great gratitude to the Almighty God for a life well spent, we wish to announce the demise of our father,” Folabi Fasanmi said.

“The Second Republic Senator who until his death was a leader of the Yoruba Socio-Cultural Group, Egbe Afenifere (ILOSIWAJU YORUBA) and a Chieftain of the All Progressives Congress, APC, passed on peacefully in Osogbo on Wednesday night.

“The burial arrangement will be announced by his immediate family in conjunction with his political associates and the South West Governors.”