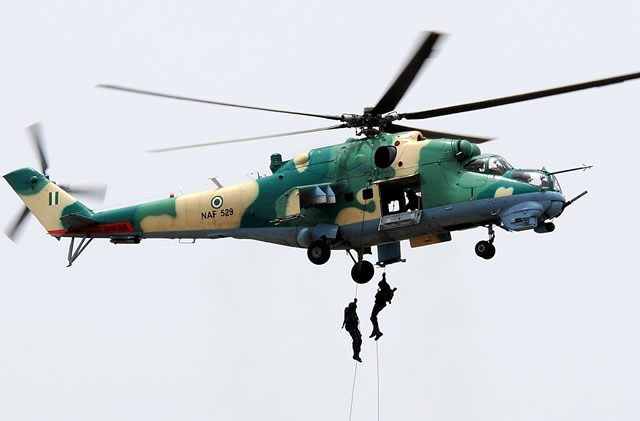 The Nigeria Air Force (NAF) has deployed two helicopters to 207 Quick Response Group Air Force Base in Zamfara state to combat terrorism and beef up security.

The deployment was made to support personnel operation in the fight against Army bandits and terrorism in the state .

More personnel were deployed from the Army, Air Force, Police and Department of State Security Service .

The Governor, Abdulaziz Yari had expressed concern with the activities of Security Agencies in the state .

Speaking while receiving the helicopters, the Commander of the 207 Quick Response Group, Caleb Olayera expressed assurance that the state would witness change.
Olayera said with the helicopters in the Command, criminals would be trace and dealt with.