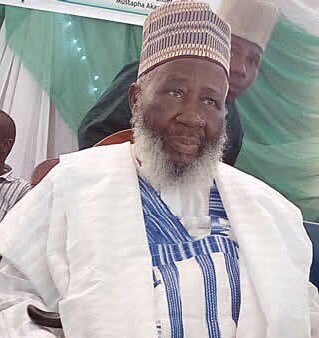 Muhammadu Buhari, the President of Nigeria, on Sunday paid tribute to a former President of the Court of Appeal, late Justice Mustapha Akanbi.

The President, in a statement by his Senior Special Assistant on Media and Publicity, Garba Shehu, described the deceased as a man whose greatest asset in life was his enviable integrity and incorruptibility.

The President expressed the belief that Akanbi will be long remembered for his enormous contributions in bringing credibility and respectability to the country’s Judiciary.

The President noted that the death of the pioneer Chairman of the Independent Corrupt Practices and Other Related Offences Commission is a colossal loss not only to the Nigerian Judiciary, but the country as a whole .

“Being respected by the people for your honesty and patriotism is the best legacy a man can leave behind.
“In a country where corruption is perceived as fashionable, Akanbi stood out as a remarkable man who put personal integrity and selflessness before the desire for money outside his legitimate income,” he said.

The President affirmed that Justice Akanbi’ s greatest achievement was leaving the Public Service with his integrity intact and untainted, noting that throughout his distinguished career in the judiciary and public service, he resisted the defeatist mindset that ‘if you can’ t beat them, join them.”

“Great men like Akanbi didn’t believe in joining evil because it was popular or supported by the majority,” the President said.