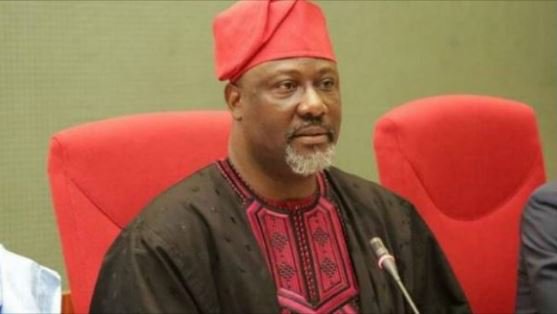 The suspects who indicted Kogi West District Senator, Dino Melaye has told a Senior Magistrate Court in Lokoja on Monday that the allegations against them are false.

Kabiru Seidu, 31, aka “Osama” and Nuhu Salihu, 25, aka “Small” were arraigned alongside the embattled Senator.

They implicated Melaye in the allegations of criminal conspiracy, illegal possession of firearms and illegal arms dealing.

Seidu and Salihu had claimed to be political thugs of the lawmaker whom they accused of arming them.

But the Senator has since denied the allegation.

The suspects and Melaye, on Monday, declared that the allegations against them were false and that they were not guilty.

When the charges were read afresh to the defendants, they pleaded not guilty as they said the seven charges were all false.

And in his ruling, the Senior Magistrate, Sulyman Abdullah, held that while he would “wholeheartedly” want trials in his court to be concluded speedily, he would have to look at the rules of the court.

He, then, adjourned till July 26 for the commencement of hearing of the case.