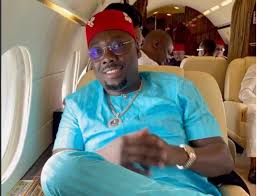 Popular socialite and philanthropist, Obi Iyiegbu aka Obi Cubana, may be prosecuted for alleged money laundering and illicit drug trafficking.

According to Daily Trust, Obi Cubana is currently being investigated by a multi-agency security network that also involves foreign intelligence partners.

The socialite was on Thursday grilled at the headquarters of the National Drug Law Enforcement Agency over his alleged link to drug trafficking.

NDLEA recently clamped down on a skit maker, De General, over his alleged involvement with illicit drugs including Cannabis Sativa, Tramadol among others.

Security officials, who spoke under anonymity, as they were not authorised to speak on the matter said that Obi Cubana allegedly received suspicious money from three convicted drug dealers from India, Malaysia and Nigeria.

When contacted, the spokesman of the NDLEA spokesman, Femi Babafemi, simply said, ‘no comment’.

Efforts to make him speak further was declined.

It was reported that Obi, who is also the chairman of Cubana Group of Companies was grilled for many hours at the Abuja headquarters of the NDLEA before he was granted bail and asked to return at a future date.

The socialite was grilled last year by the Economic and Financial Crimes Commission over alleged money laundering and tax fraud.

It was learnt that the NDLEA invited Obi Cubana after it received a memo from two sister agencies who are currently probing the influencial businessman.

“Some of the people working for him have been interrogated. Though they were through third parties, maybe as a clever cover-up, discreet investigation with collaboration with foreign intelligence partners have established some links,” one of the sources said.

Another source said, “Are you expecting them (NDLEA) or other security agencies to talk on ongoing investigations? You (media) are among those that complain about media trials, so let the investigation reach the appropriate stage when necessary information can be given to the public,” the official said.