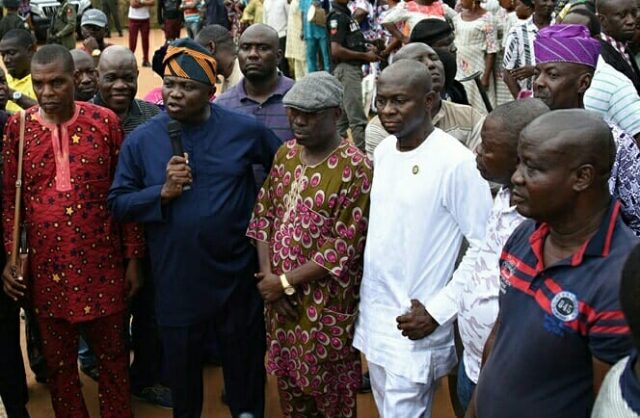 Lagos State Pension Commission (LASPEC) has said Governor Akinwunmi Ambode has paid a total of N37, 546 billion to pensioners since 2015.

According to a statement signed by the Director-General of LASPEC, Folashade Onanuga, on Sunday in Lagos, the figure represented the total pension paid to 9,045 retirees of the state.

The LASPEC Director-General said the Governor released N859, 059 million to offset the Accrued Pension Rights of 158 retirees under the Contributory Pension Scheme (CPS) in May.

She said earlier N859, 059 million was paid to 158 Public Service retirees, bringing the total pension paid by the Governor since assumption of office to N37, 546 billion.
She explained the Governor had been releasing funds every month to off-set the backlog of pension to Lagos retirees.

She said despite the high funding obligations of the current pension scheme, the Government was committed to offsetting the backlog of pension, and would soon commence payment to 2016 retirees.

Onanuga said the Government was fine-tuning the process of rolling out benefits that would make life easier for retirees.

“I, however, implore the retirees to study leaflets distributed by the State Government on Annuity and Programmed Withdrawal for receipt of monthly pension entitlements, before picking their choice,” she said.