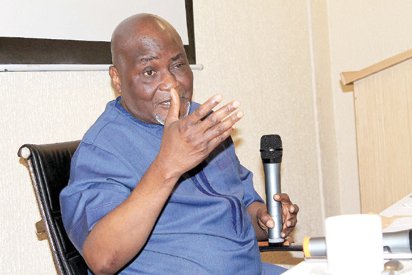 The Presidential Amnesty Office on Tuesday in Abuja revealed that irregularities in previous deployment of delegates for educational programmes at some universities in the country have been uncovered.

Murphy Ganagana, Special Assistant to the Coordinator, Presidential Amnesty Programme  Charles Dokubo in a statement said the discovery followed a verification exercise ordered by the Coordinator on assumption of office.

Ganagana said that a Committee set up to ascertain the number of beneficiaries of the amnesty programme hitherto deployed to universities onshore for various educational programmes, discovered that an alarming figure of students enrolled in universities under the programme were not captured in the data base.

“Against the backdrop of huge tuition fees forwarded to the office for payment by some universities in the country for supposed beneficiaries deployed to the institutions for study Dokubo constituted a Committee headed by the Head of Reintegration, Amnesty office, Aroloyeteim Brown, to verify beneficiaries of the amnesty Programme in local universities.

“The Committee was among others, mandated to ascertain admission process of the students into the various institutions and whether the students are beneficiaries of the amnesty programme, and, if not, who was responsible for their admission or deployment.”

According to him, the office is also probing the disparity in tuition fees for students deployed by the office and others undergoing same programmes at the institutions.

He said this was to ascertain if there had been insider collaboration to pad the fees for pecuniary interests.

“The committee which is rounding off its assignment, has however, uncovered large scale fraud in previous deployment of delegates not captured in the data base of beneficiaries of the amnesty programme to various universities within the country.

“Checks indicated that while a new university recently forwarded a list of 62 pre-degree students to the office for payment of tuitions fees the committee discovered that only 14 of them were captured in the data base of beneficiaries of the programme.

” And 34 out of 201 first year students at another new university in the Southeastern part of the country were also cleared as beneficiaries in the amnesty database,” he said.

Ganagana further said that the names of 200 first year students out of a total of 290 sent to the office for payment of tuition fees by three universities in the South-south could not be verified on the data base of beneficiaries.

“Only 90 students from the three institutions were verified.

“The Coordinator, Amnesty Programme, Charles Dokubo is deeply concerned over this development, especially the plight of the affected students and is exploring measures to address the situation,” he added.