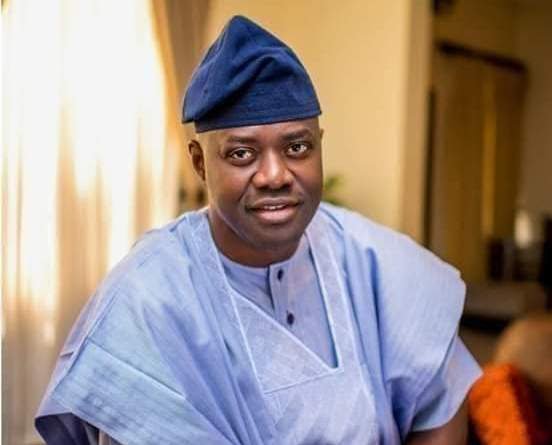 Oyo State Governor Seyi Makinde has shed light on his visit to the Inspector-General of Police (IGP), Mohammed Adams, in Abuja on Thursday.

Makinde, who said he had gone to the police chief to brief him on the security situation in the state, occasioned by the power tussle for the local governments, added that he also had a down to earth discussion with the IGP on the operation of the Southwest regional security outfit, Amotekun and the actual state of things on the local government issues.

The governor spoke yesterday at the opening of the 80th Annual General Conference and New Year message of the Cherubim and Seraphim Unification Church of Nigeria, held at the Sacred Cherubim & Seraphim Church, General Headquarters Secretariat, Ashi, Orita Bashorun, Ibadan.

Makinde, who was accompanied by the Chairman, Advisory Council, Senator Hosea Agboola and the Executive Assistant on Administration, Rev. Idowu Ogedengbe, reiterated that the security outfit was not created to replace the police in the region, but to complement the existing security network.

He said: “I am very happy that Amotekun, the regional security outfit to which Oyo State strongly subscribed, is shaping up brilliantly.

“Amotekun is a work in progress. All the issues that people have raised are being addressed, but Amotekun is definitely here to stay. So, very soon, I am sure we will begin to reap the reward of project Amotekun.”

On the issue of forceful takeover of local government by the sacked local government chairmen, which has generated crisis in the state in the last few days, Makinde said it “is an issue that is before the court and there is an injunction against the people that are trying to foment trouble here. For myself, as the chief security officer of the state, we will definitely not allow lawlessness around here.

“All of us, irrespective of our faith, want good governance, that’s why you voted for me. We all want good living standard and development in our local government, state and country.

“We should allow our faith to bring us together and not disintegrate us. I will work for the benefit of all to provide peaceful, safe and secure state where we can all worship without fear.”

The Supreme Head, C&S Unification Church Worldwide, His Most Eminence Prophet Dr. Solomon Adegbiyega Alao advised the Independent National Electoral Commission (INEC) to find a way to ensure that all election petitions are sorted out before swearing-in on May 29.

He referred to the recent Supreme Court judgment that removed Mr. Emeka Ihedioha and declared Hope Uzodinma as the new governor of Imo State.

The Ooni of Ife, Oba Adeyeye Ogunwusi and the Aare Onakakanfo of Yorubaland, Iba Gani Adams, have lent a voice to the call for the legislation of the Southwest security outfits codenamed “Operation Amotekun”.

The duo spoke at the 2020 edition of Oodua Festival in Ile-Ife, Osun State.

The foremost monarch admonished legislatures in their respective states to fast track the process that would make Amotekun lawful and achievable.

The monarch said: “In Yoruba land and across the Southwest, things have changed with the introduction of Amotekun. I am happy for the Southwest governors and this victory actually reflects the fact that there is little we can achieve without unity. This is why I am appealing to all traditional rulers to work in ensuring that Amotekun comes to stay.”

The Aare Onakakanfo of Yorubaland, Iba Gani Adams, also reiterated the need to legalise the new initiative, stressing that Nigerians abroad can now bring investors that can help develop the country.

“The victory achieved through Amotekun showcases the beauty of having all of us speak in one voice. It shows that in unity, everything is possible. So I am taking this opportunity to appeal to all the House of Assemblies to do the needful by legislating the initiative, by giving it the necessary legal backing. When this is done, we can be sure of winning the war for a better future.

“Now that Operation Amotekun has come to stay, many of our members that came from abroad, across the 87 countries, where OPU is presently located are happy that the Southwest is safe for them.

“They can now leverage on this new opportunity to bring investors into the country. It is not enough to have them abroad, it is good and ideal if they can come back home, bring investors that can help develop the Southwest for us.

The guest lecturer, Dr. Abiodun Agboola from Obafemi Awolowo University (OAU), Ile-Ife, said the Yoruba culture is like a nexus that can lead the race to greatness.

He said foreigners would rather promote their culture and tradition.

“Those that colonised us will never abandon their culture and tradition. They usually add other culture. Instead, they will cultivate the habit of embracing other people’s culture. I am appealing to everybody, don’t ignore our culture, and tradition”, the guest lecturer said..