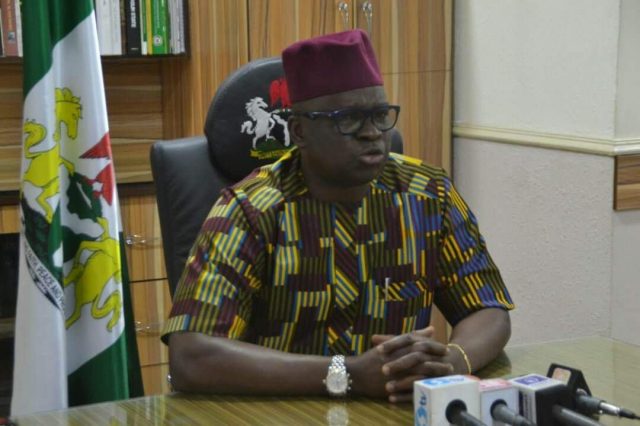 The Ekiti House of Assembly has approved the N10 billion supplementary Budget sent to it by Governor Ayo Fayose.

The Budget was passed at plenary on Thursday by a unanimous decision of  the 14 members who were in attendance.

Speaking with journalists after the sitting, the Chairman of the House Committee on Information, Samuel Omotosho,  said the Budget was to capture unforeseen expenses of government.

He said the Bill went through first and  second readings as well as Committee review before its passage.

Omotosho denied speculations that the Budget was to defraud the state, alleging that the governor-elect, Kayode Fayemi, also did the same a month before he left Office during his first term.

But the All Progressives Congress, APC, caucus in the Assembly has rejected the passage of the Supplementary Budget.

The APC lawmakers led by the Minority Leader, Gboyega Aribisogan, described the action as a “ploy”  by the governor to legitimise fraud.

“The APC lawmakers and some members are not in support of the Bill because it has been discovered that the outgoing governor wanted to use the House to legitimise fraud.

“The proposed Appropriation Bill is the handiwork of Governor Fayose and his cronies to cover up massive fraud in some Ministries, Departments and Agencies (MDAs).

“The Appropriation Bill is not meant to improve the lives of our people in the state but to cover up some unapproved spending of the governor.