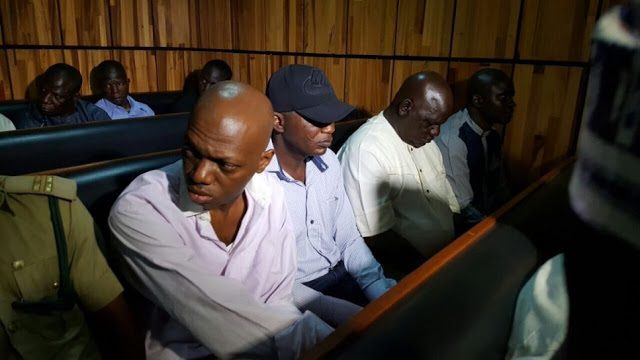 The Senate has resolved to investigate alleged recent reinstatement of a Deputy Police Commissioner, Danjuma Ibrahim, who was indicted by a judicial panel of inquiry set up in 2005 to probe the killing of five young Igbo traders and a young lady in the Federal Capital Territory, Abuja.

The resolution followed a Point of Order raised by a lawmaker, Sonni Ogbuoji, (PDP-Ebonyi), on the floor of plenary on Wednesday. He expressed concern that two police officers who operated under the directive of Ibrahim to kill the young traders were convicted but he was acquitted.

He further expressed concern that the Police Service Commission (PSC) exonerated and reinstated the leader of the police team that committed the murder while his subordinates were severely punished.

“This has generated a lot of tension among the people whose children were killed in cold blood. I call on the Senate to find out how one of the police officers is at large and the police is unable to trace his whereabouts till today, almost twelve years after. Also, one of them has been reinstated and reabsorbed into the Police Force. I urge the Senate to take interest to find out what has happened with this exercise,” he said.

In his remarks, the Senate President, Bukola Saraki, asked Ogbuoji to bring a formal petition on the matter so that it would be referred to the Senate Committee on Ethics, Privileges and Public Petitions.