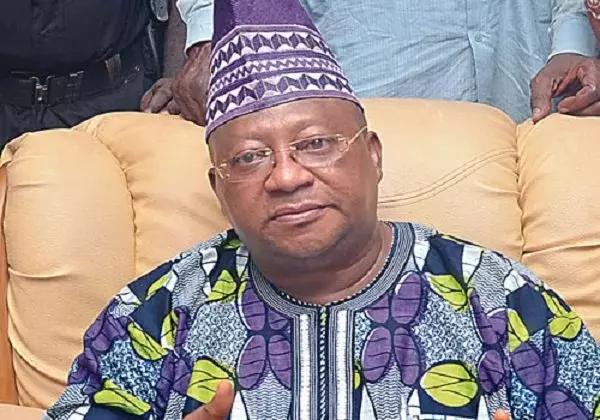 The family of the late Osun lawmaker, Isiaka Adeleke has said they are suspicious that the Osun State Government led by Governor Rauf Aregbesola plans to cover up the truth behind the death of the late politician.

A younger brother of the late Senator, Deji Adeleke, made the allegation in his address read by a member of the family, Dele Adeleke, at a press conference addressed at the residence of the late politician in Ede on Wednesday.

Adeleke, who was the first governor of Osun State, died on April 23, 2017 and there were rumours that he was poisoned at a social function he attended a day before his death because of his governorship ambition.

The death sparked spontaneous riots and the Governor set up a coroner’s inquest to probe the cause.

The coroner, who is a magistrate, Olusegun Ayilara, recommended the nurse, Alfred Aderibigbe, who treated the late politician, for prosecution for alleged murder and he was remanded in prison custody upon his arraignment on Friday .

The family stated at the press conference that they were not behind the prosecution of the suspect and wondered why the Governor suddenly realised that Aderibigbe must be prosecuted some months to the governorship poll in the state .

Dele, who spoke on behalf of the family, described the prosecution as an attempt to further politicise the death.

Dele said that despite the fact that the family asked the hospital to carry out an autopsy on the body of the late senator , they had not received the autopsy and coroner’s reports.

“Since this widely publicised declaration and recommendation by Magistrate (Olusegun ) Ayilara, the indicted nurse has been roaming the streets freely and undisturbed.

“The Government did not consider it necessary or important to make available to the family the detailed report of the autopsy conducted on our late brother as well as the detailed report of the coroner’s inquest. We have had to resort to getting information from the media just like every other member of the public as if we are not a related party.

“The family is concerned about the politicisation of the demise of Isiaka Adeleke especially with the timing of this sudden interest in the matter after over a year of inaction on the part of the Osun State Government, more so that the election to change the mantle of leadership of the state is so close.

“There is also unfounded news in the social media about the family being behind this sudden re-arrest and prosecution of the nurse. This is far from the truth! The family is not involved.

“There is also a growing suspicion that the recent ‘arrangement’ of the Rauf Aregbesola Government is to achieve the ultimate goal of a grand cover-up of the truth behind the death of Alhaji Isiaka Adeleke .

“The general public is hereby put on notice to be vigilant of the manipulative moves of the highly discredited and unfavoured Rauf Aregbesola administration.”